A Short Guide to DarwinIA

We assign up to € 7.5 M notional to 120 DARWINs every month as a way of incentivising providers to improve their strategies and train them for trading with AuM assigned to their DARWIN.

DarwinIA is NOT an investment recommendation.

Every month a maximum of €7,500,000 notional capital is allocated to the top 120 DARWINs on the DarwinIA leaderboard.

Funds remain invested in the DARWIN for a six-month-long uninterrupted period. Thus Darwinex could allocate a maximum of 45,000,000 € notional to its traders.

The real allocation is a multiple of the smallest equity realized during the month on the DARWIN’s underlying trading account and is capped to a maximum by leaderboard rank.

Note that equity is not equal to balance. 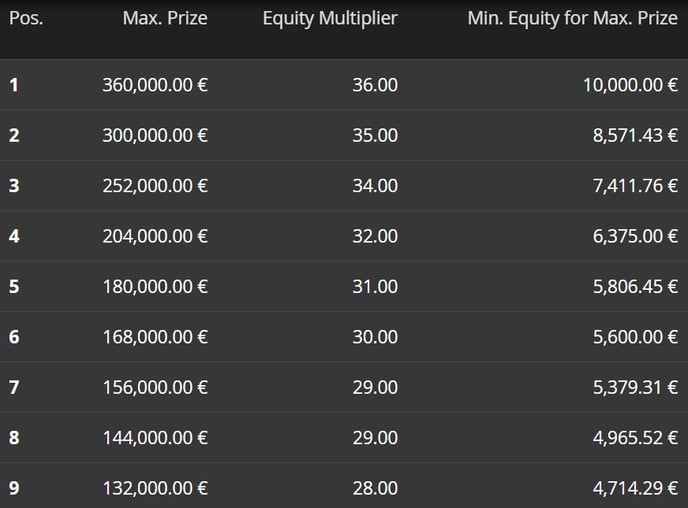 From the profits generated by the DARWIN on the allocation, the trader obtains a 15% performance fee (calculated on a quarterly basis, taking into account a high-water mark).

In addition, Darwinex hands out cash prizes by means of Darwinian Dividends.

Read more about the formula of the DarwinIA rating.

These are some of the most frequently asked questions from our users.