What's the difference between a DARWIN and its underlying trading strategy?

Our Risk Engine can cause noticeable differences between a DARWIN's return and that of its underlying strategy.

Due to the existence of a layer of risk management placed between the trader's strategy and its associated DARWIN, the results between each other can differ.
The Risk Engine standardizes the risk of all DARWINs to a maximum of 6.5% monthly VaR, so all investors know beforehand their investment's target risk.

It works on two levels.

Every time a trader sends out an order to the market and depending on the underlying market conditions at that moment in time, the algorithm calculates the size to be opened for its investors so their risk never surpasses the DARWIN risk target (6.5% monthly VaR).

While the trader's position remains open in the market, the algorithm carries out a second level of risk adjustment ensuring that the position does not go above the maximum leverage.

In order to do so, the Risk Engine takes into account the market conditions throughout the position's lifespan, as well as its duration.

This means that the Risk Engine can act at any moment in time to partially close the position so that the DARWIN's target risk level never goes above 6.5% monthly VaR.

On this chart, we can see that during the months of February to May in 2017, the trader had a few months of important consecutive losses from which they have still not recovered.

The VaR during these months fluctuated between 40% and 65%. 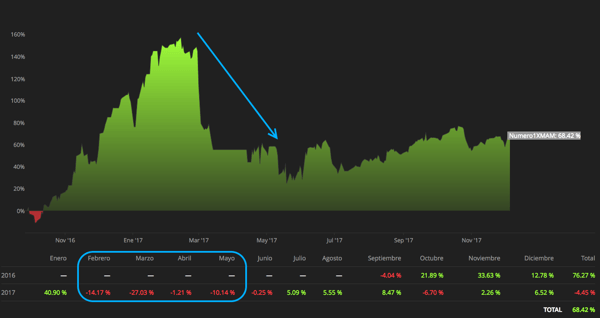 However, the return of the DARWIN associated with the above-mentioned strategy shows a much more contained loss in the same period of time, due to Darwinex's Risk Engine which has ensured that the risk level taken on by the DARWIN has oscillated between 6.5% and 3.25% monthly VaR). This has enabled the DARWIN to recover from its drawdown much more easily. 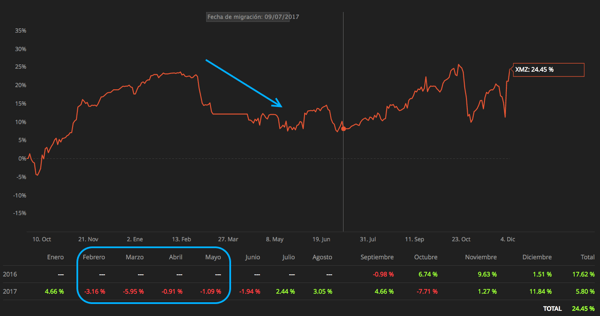 Tip - The Risk Engine manages and standardizes the risk but does not take it away. The investor ought to be the one who minimizes their portfolio' risk through diversification.

Do you want to learn more?

If you want to learn more about the differences between DARWIN and its underlying strategy, we encourage you to watch the following webinar: