How to use DARWIN Lists

The main purpose of DARWIN Lists is to help you better monitor the DARWINs that meet your criteria.

Each user can create up to 6 lists of DARWINs.

Lists can be created both the from “Lists” menu and also whilst adding a DARWIN to a list.

The author of a list will decide whether a list should be private or public. Lists will be private by default. 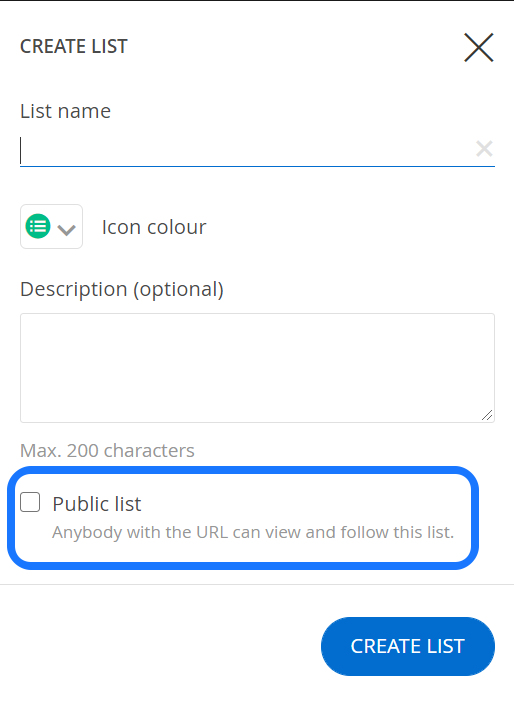 Public lists will have a shareable URL and can be turned private by the author, and vice-versa, at any given time.

All users have a list created by default called “Favourites”.

Public lists can be followed by other users.

Following a list adds it to the user's “Lists” menu.

Coming next: hiding a DARWIN from lists

Hiding a DARWIN will make the DARWIN disappear from the user’s lists and the lists the user follows.

The aim of this feature, which will be released soon, is that DARWINs which have already been analyzed and discarded by the user don’t keep appearing in their lists.

From each list’s page, users can run a backtest with just one click (''Run backtest'' button) in order to analyze the set of DARWINs that make up the list.

Backtests support up to 20 DARWINs.

When a list includes more than this number, only the first 20 DARWINs will be added to the backtest.